Modern Pythagoras Music of the Spheres

When we look through telescopes or simply peer at the sky at night, we imagine space as a vast empty void, thinly populated by stars, planets and galaxies. But modern quantum physics tells us that even the most remote and lonely points in the universe pulsate with the energy of the zero point field. So all space is energy, therefore all space is frequency, therefore the universe IS sound.

The ancient Hindus said that the universe began with the word OM. When you listen to recordings from space, this word seems ever constant. It makes you wonder what these ancient people really knew. It seems the universe is full of sound, yet our senses can only detect a very narrow window of it.

The Conscious Sky is a concert length performance conceived and composed by Marcus Davidson, that blends space recordings and film, with vocal ensemble, percussion, sound track and Sanskrit texts.

If you ever wondered what Pythagoras´s music of the spheres sounds like – here it is! 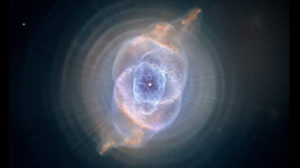 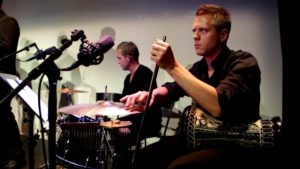 The Conscious Sky is a concert length performance, duration approx. 70 minutes. It is scored for 6 mic’ed singers (SSATBB), 2 percussionists playing eastern percussion, 4:1 sound track and a film incorporating the amazing images from the Hubble space telescope. It consists of 8 different pieces:

Most texts are ancient Sanskrit words and verse that describe the universe and its concepts. Many Sanskrit texts describe the birth of the universe in terms that would be recognisable by modern quantum physicists. Bhur Bhuvah Svaha, otherwise known as the Gayatri Mantra, is an ancient mantra from the Vedic tradition. It is said to be over 4000 years old.

The first performance of The Conscious Sky was held at Østre, Bergen, Norway on 25th Sept 2014 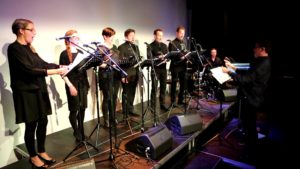 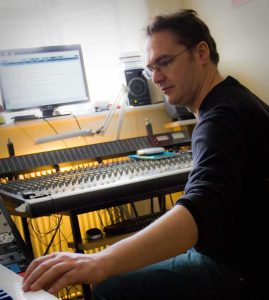 Marcus Davidson was a chorister at Worcester Cathedral.  He read Music at Birmingham University, studying composition with Vic Hoyland, and received a master’s degree in composition at City University, London, studying with Rhian Samuel.

Marcus is currently focusing on music which reflects sounds from nature, often working with recordings in his compositions.   His work The Passing, which includes space recordings, was broadcast by Radio Deutschland for the CTM12 festival Berlin, and is now released by Touch.

Marcus featured in the Bergen International Festival 2012 with Bee Symphony, a collaboration with sound recordist Chris Watson, where recordings of honey bees are fused with human song.  It was premiered at Queen Elizabeth Hall, South Bank in London 2009.  Watson and Davidson’s second piece, Sea Polyphonies, which fuses vocal ensemble with sea recordings was premiered at Our Lady of Lebanon Cathedral, New York City, September 2012.

He has written and arranged for the London based a cappella trio Voice, who included his compositions on their albums Musical Harmony 2013 and Patterns of Love 2015.  Voice premiered 2 new arrangements with cellist Matt Haimovitz in London July 2016.

Marcus has lived and worked in Bergen, Norway since 2010.  He is trying to learn to ski, particularly the bit where you successfully stop.

Deep Space from the concert The Conscious Sky

Bhur Bhuvak Svaha from the concert The Conscious Sky

Excerpts from The Conscious Sky live

Chaitanyam from The Conscious sky

DROP US A LINE